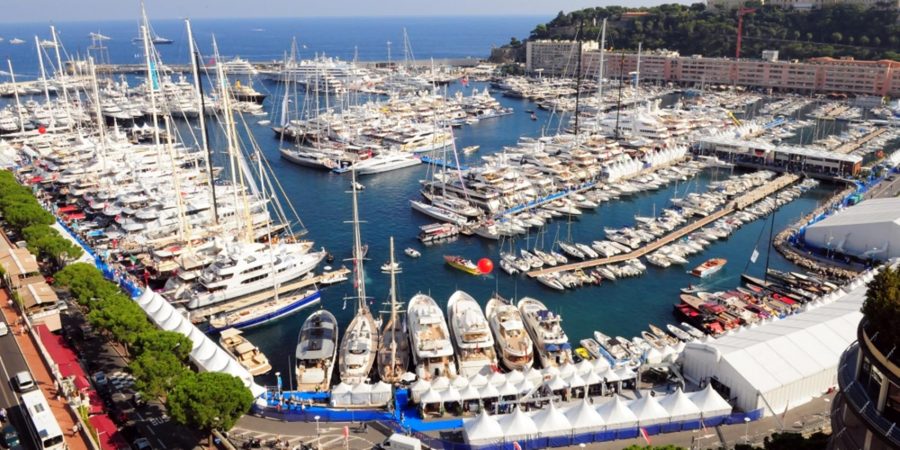 Monaco Took My Breath Away 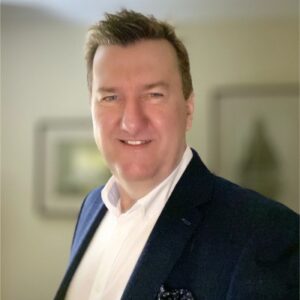 Last year I attend the infamous Monaco Yacht Show for the first time. When I got back from Monaco, I wanted to write all about it as quickly as I could to share the experience.  First, a bit of background is essential.

In late 2012, I decided to setup Lomond Yachts. It happened after several decades in the banking industry. While working for one bank, I joined their sailing club, which took varying skill levels of crew around the beautiful islands of the West Coast of Scotland. On my first outing, the skipper took us through the narrow Kyles Of Bute, renowned for their variable weather patterns. It was a force 6 wind which is quoted as a “strong breeze” in the Beaufort scale I was to find out. Two below a full blown gale. The experience was both scary and exciting, and on dry land at the end of the day, the feeling was exhilarating and I wanted to keep going back.

I shouldn’t have been surprised really. My great grandfather was a Captain on a Merchant Ship in the late 1800s and my father was in the Royal Navy and a shipbuilder on the Clyde. I was always proud that my father had worked on the Queen Elizabeth II launched in 1967 but he always discouraged my interest “nae son o’ mine will work in the yards” he’d consistently say when I was 16 and deciding on a career.  Many later years I understood why. He told me that in his role at John Browns, he was one of the shop stewards who challenged Margaret Thatcher by marching to Number 10 Downing Street to demand a reversal of the decision to withdraw funding from the Clyde shipyards. The request fell on deaf ears.

So, decades of banking it was meant to be. When I hit the age of 40, my world changed. Like many men who reach that age, the Mercedes sports car was bought, and the desire to own a motorboat was next. Loch Lomond is a beautiful part of the world, and its exclusive local marina at Cameron House had just built a new leg on its pontoon.  A 26-foot Bayliner was quickly bought and moored for several years in pole position at the outer edge of the marina. Quick enough to take out, and easy to moor it on return. Contrary to what many people thought, the weather was kind enough to allow lots of adventures exploring the many small islands on the Loch and swimming in 700 foot deep water.

When I moved to London, I still had the bug, and wanted to invest more time enjoying a life on the ocean waves. I chose a home near the River Thames where I could at least potter up and down on a 30-40 footer. I was compelled to setup a website and found that the name that suited most was available. Lomond Yachts was formed.

I hadn’t shared the idea with my father as I was hoping to surprise him when I got my first deal. Sad to say, that after a few months of setting up, my father passed away after a short illness. He never knew that I was finally following in his footsteps in the very world that he didn’t want me to be part of.

At that point, I knew what I had to do. I had to make Lomond Yachts really successful and put all my efforts into growing it in my dad’s memory. It drove me to connect with a number of Super Yacht brokers in London who I visited to find out more about that business and how I could partner with them. I found it a very supportive industry with lots of knowledge sharing and collaboration. I agreed some terms of working together with most of the brokers I met and we discussed the best approach to take. One of the best bits of advice given was that Monaco Yacht Show was a major event and I should make a point of going there.

I started planning immediately. I booked my flights and hotel months in advance and started connecting with companies who were attending. Several weeks before I had arrived in Monaco, I had an invitation to a cocktail party onboard the largest to be launched, the Quattroelle, built by the world’s best, Lürssen, and the fourth largest to be launched in 2013. A list of the top 100 Super Yachts this year shows the German builder Lürssen had around 50% of the market, including the largest in the world, AZZAM, owned by a middle east Prince and trumping Abramovich’s Eclipse.

My next success was getting day passes from Heesen and an invite onboard their Galactica Star. This was another new Super Yacht that was being showcased in several magazines as one to see. After getting the two best on the market in the bag, I selected others in a varying price range. At the top end, there was a €105m Stella Maris, followed by Morning Star, Illeria and Anedigmi, which were around the €10-€30m mark.  The brokers were as keen to see me, as I was to see them. This was becoming the perfect place to be.  I then decided to connect with some journalists and my diary was quickly filling out. One helpful journalist from Yacht International magazine advised me that it was a “big place and can take quite some time to get from one part of the marina to the other”. I had to be careful of not biting more than I could chew.  I took her advice and wrote a careful itinerary each day, ensuring I had time to breathe.

I’d setup meetings with a custom-build partner I’d been dealing with via Linkedin. They custom-build using a variety of the same Dutch and German companies used by the bigger players and therefore able to keep the quality high while reducing the prices. I also planned to meet up with the CEO of Pearl Yachts who build in the UK.  Two other key people I wanted to meet with potential business partners who were keen to refer clients to Lomond Yachts. One was German based, the other from China and both had extensive experience as brokers but were spreading their wings into jets and helicopters and needed a partner in Super Yachts.

So, with a full diary, I organised myself using the Tripit app, in order to keep track of the many emails I’d received as well as the schedule of events.  I also got the opportunity to have a trial run at the Southampton Boat Show where I invited a TV celebrity client to showcase some of the latest from Sunseeker and Princess.

On the first day of Monaco Yacht Show, I have to admit, it was quite overwhelming. This wasn’t Southampton Boat Show. This was altogether a different scale. There were hundreds of brokers, suppliers, designers and builders showcasing their wares. The marina was full of Super Yachts from 40m to 300m. Seeing them in the magazines you forget how large these are. Some were three stories high. The word yacht seems like the wrong word to describe these ships.

One thing that did make sense, was their place in Monte Carlo. This majestic city towers above the marina with a mountain landscape behind the community of high-rise buildings. The roads tunnel through the mountains as you’ve no doubt seen during the infamous Formula 1 race. The Monaco Yacht Show made the city seem very busy, however 100,000 more visitors attend the Grand Prix and fill the streets.

I had to collect passes to get onboard each yacht, so Wednesday afternoon was filled with walking from one part of the marina to the other, in order to prepare for the coming days. I didn’t want to be doing that everyday, so I confirmed all the week’s appointments on the first day.

Next stop was to get some food and a drink after a long day of walking. I was previously advised that if I didn’t find anywhere suitable, the Stars and Bars was always a safe bet. It seemed to be the place most English speaking people were, and as it wasn’t long before I was speaking with a Welshman who lives in the Cayman Islands and sets up boat registrations. Nice to know. Then a couple of English brokers who work from Spain, who advised that it was indeed a show for brokers and that they’d be delighted to work with me. That great collaborative spirit was in evidence on my first day. Brokers really do work in a team to connect buyers with yachts. Another result.

At the end of a nice day, and starting to head home, I noticed a well-known British billionaire sitting in the seats next to me. I was polite to recognize him and we had a bit of banter and shared what we were doing in Monaco. He then asked me to take a picture of his entourage. I took one using my camera and one with his iPhone and he offered me his business card asking me to contact him if I needed any help. Result.  Day one, welcome to Monaco.

Read Part 2 of our adventure here 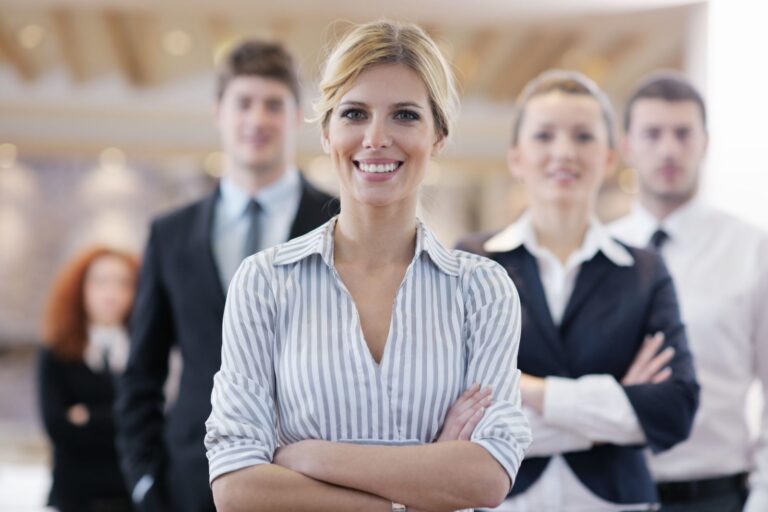 Celebrity Estate Management is a lifestyle… and it’s not English Manor Houses and ladies maids. It’s a choice to work crazy hours for creative 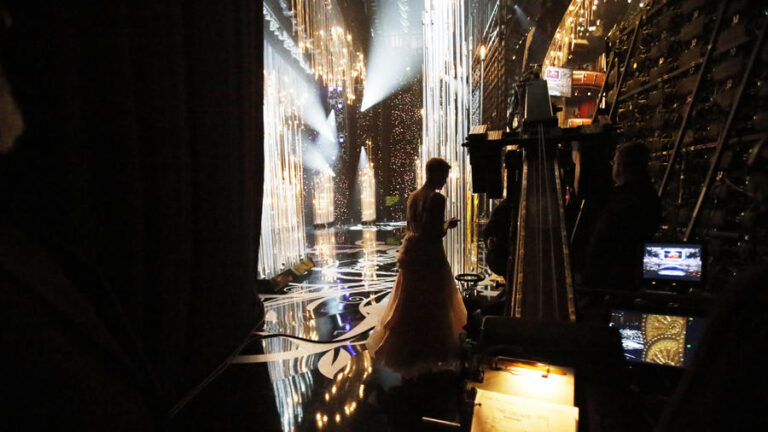 February 2015. A Monday. I started my new job as a celebrity personal assistant. I had landed my dream job. I was in the